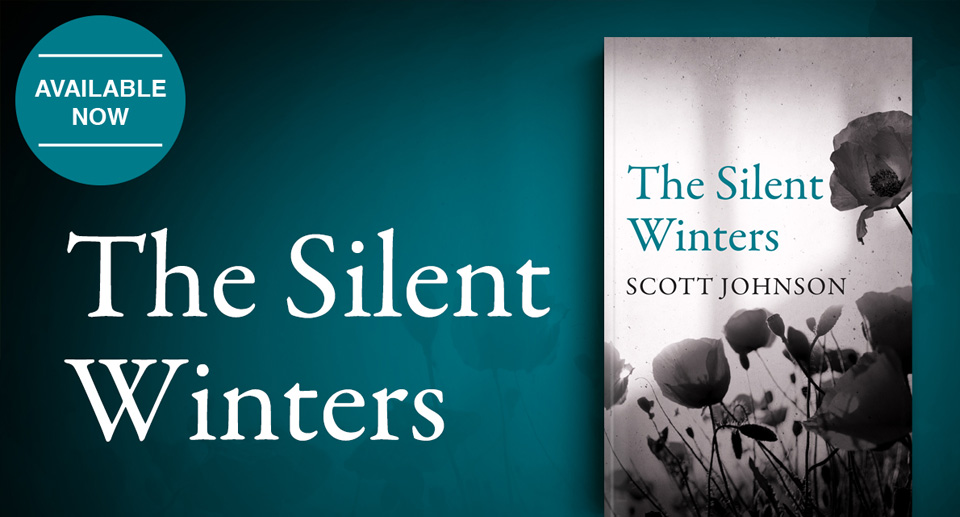 When the icy breath of winter descends upon the soul, the fires of hope are quickly extinguished.

Each day the roots of Lord Sabas Tannith’s Empire spread further across the land and the threat of a New Order rises like a black cloud upon the horizon. The world stands on the brink of a Great War. A master race will rise from the ashes.

Freedom hangs in the balance. If Daniel Lindström fails to reunite his friends, humanity is lost and the world will be thrown into chaos. History will be rewritten and the cricle will be completed.

I’m so pleased to to announce that my third novel, ‘The Silent Winters’, is now available. The final book in ‘The Wolf Hound and the Raven’ trilogy is available in paperback and digital formats.

The story picks up four years after the events in the second book, ‘Return to Havenmill’. Daniel, Mary and Alexander are once again thrown into a grim and violent world filled with political treachery, greed and dark secrets. Destiny forces them towards a Europe that stands upon the precipice of war and chaos. Friends are scattered. Families are taking sides. ‘The Silent Winters’ sees the bloody conclusion to the trilogy, following on from the events in ‘The Wolf Hound and the Raven’ and ‘Return to Havenmill’.

The story arc is a Victorian-based fantasy adventure about a master race struggling to live alongside mortals and live with their secret in an ever changing world. Ultimately the themes of isolation, belonging, fear and greed are as relevant now as they have ever been.

The trilogy is available for download from Kindle, Smashwords, iTunes and all major ebook stores. Paperback copies can be purchased from Amazon, Barnes and Noble and other major retailers.